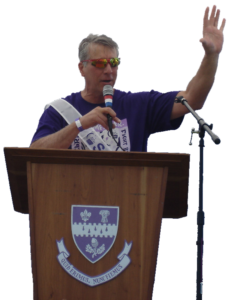 The original Gentle Dentist, Robert S. Rauch DDS opened The Milford Dentist in 1978. A native of Brooklyn, New York, Dr. Robert Rauch graduated from the University of Bridgeport with a B.A. in psychology in 1972, and then Georgetown Dental School in 1976. He married Diana in 1979 and had three children: Lauren, Michael and Bryan. After seven long years, Dr. Robert S. Rauch lost his battle with appendix cancer in 2013. Dr. Robert Rauch’s eldest son Michael caries his fathers legacy proudly, and will continue to provide outstanding dental care for people in the greater Milford area.

Dr. Robert Rauch was a very active member in the greater Milford community. He was appointed to the original OGAT committee to develop guidelines for quality community access programming in Orange, served seven years as a member of his local Orange board of education, managed baseball, softball, and soccer teams in his community from 1987 to 2002. He gave multiple lectures to community groups, public schools, senior organizations, professional groups & schools on a wide variety of topics both dental and inspirational. Has interviewed on over 100 television and radio shows across the country, Produced and directed his own television show “Taking the Mystery Out Of Medicine” from 1995 to 2000, and published several books including “SMILE: Be true to your teeth and they will never be false to you,“ “Spiritual Signs and Lessions of a Survivor: Al got a hole in one“ and the sequel “Spiritual Signs and Lessions of a Cancer Survivor: Book Two.“ Dr. Robert Rauch served the greater Milford area as “The Gentle Dentist” in the Milford practice he created from1978 until 2012.

Contact Rauch Dental Associates to schedule an appointment or to request additional information about our services. We look forward to hearing from you.